Originally published in the Prince Albert Daily Herald on June 15, 2017.

Late one sunny morning in July 1969 after a long drive from Redding, California, my family of five plus a dog and a cat, arrived in Prince Albert. My father, Jim Perkins, had accepted a job offer with the woodlands division of Parsons and Whittemore, owner of the new pulp mill in town. After five years in the States we were returning to our Canadian homeland. Tired and hungry, but excited that we had finally arrived at our destination, we decided to go for lunch at the Marlboro Hotel. The first person we saw when we walked into the restaurant was former Prime Minister John G. Diefenbaker dining with some of his friends. What a great welcome to Prince Albert!

My other vivid memory from that summer of 1969 is sitting on the golden sands of Minowukaw Beach at Candle Lake looking up at the night sky as the first man walked on the moon. Over the next three years while I attended high school at PA Tech, my memories include learning about “the lake” culture – cabins and shack tents and wiener roasts on the beach. I remember going to some amazing Ukrainian weddings where I learned how to do the polka, the butterfly, and the schottische. I attended Rec Centre dances almost every weekend where I heard bands like Chilliwack, Lighthouse, and Witness. I played flute in the PA Lion’s Band. I was fortunate to be hired by PA Parks and Recreation for three summers in a row as a supervisor for one of the best outdoor playground programs in Canada. Later, I even worked in the office out at the pulp mill.

After I graduated from high school, I went on to university in Saskatoon. My love of stories led me to study history – and more specifically, western Canadian history. Under the supervision of well-known Saskatchewan historian, Dr. Bill Waiser, I received my Master’s degree in 1990. My knowledge of history opened doors to a wonderful career in the heritage field. Most recently, I worked for fifteen years at the Western Development Museum, first in exhibit production and finally as the Chief Executive Officer for all four WDMs.

Over the years, I kept in touch with my Prince Albert roots. My parents, Jim and Mary Perkins, still live in the city, as does my sister and her family. [Since I first wrote this, my father has passed away, on January 29, 2018.] Imagine my delight, therefore, when Star News Publishing offered my husband Gordon Brewerton the position of Vice President, Operations, at the PA Daily Herald. In April, we moved to Prince Albert from St. John’s, Newfoundland, where Gordon worked as Publisher of The Telegram.

It is great to be living in PA once more, and to reacquaint myself with city life. So many things I remember have now disappeared – movie theatres like the Strand and the Pines drive-in, Sick’s Bohemian Brewery (although I have to admit Boh was not my favourite beer), the Memorial swimming pool, PA Indian Residential School, and the pulp mill. But so many things still remain – like the Prince Albert Arts Centre, Little Red Park, the Historical Museum, the Raiders, and the city’s wonderful summer playground program. There are new things for me to take in now, too, like the incredible A. E. Rawlinson Centre for the Arts, the Northern Lights Casino, several good restaurants, and the Alfred Jenkins Field House.

In the coming weeks, you will find my column on various aspects of Prince Albert’s past in the pages of the Daily Herald. If you have comments or memories you would like to share, please contact me at joanchamp@shaw.ca .

Thanks for joining me! 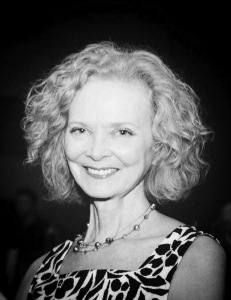 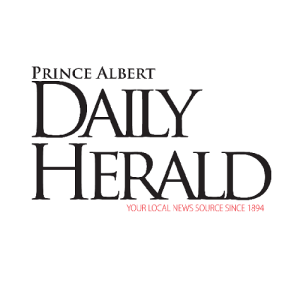